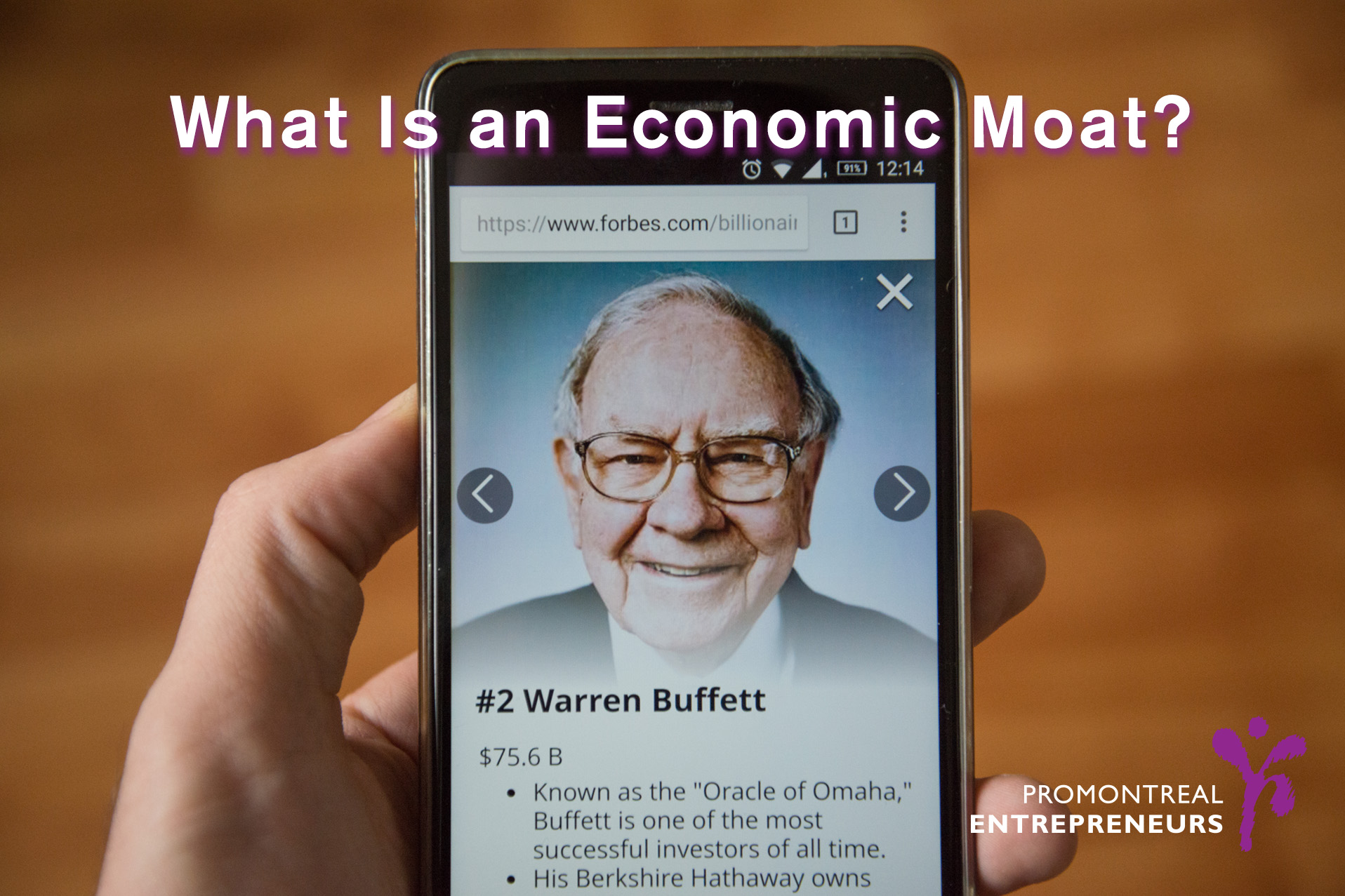 The term economic moat, coined and popularized by Warren Buffett, refers to a business ability to maintain competitive advantages over its competitors in order to protect its long-term profits and market share from competing firms. Imagine McDonald’s without cost, convenience and golden arches, Nike without technological and trademarked innovation, or Amazon without its timely customer service innovations. They would be relatively unpopular companies struggling to survive in their respective industries. Business mogul, Warren Buffet has introduced the world to many of his lifelong lessons over the decades. One of the lessons that seems to have stayed relevant throughout the years is related to the coined term, “economic moat”.

As the age-old saying goes: Being the best is great because you’re number one, but being unique is greater because you’re the only one. Buffet has explained the importance of economic moats specifically when describing his investment strategy. His strategy centers on companies with strong economic moats, as they are more likely to withstand their competitors, and remain successful and unique. A company having a competitive advantage that further differentiates it from the competition will help through the highs and lows of operating a business. In its most basic form, a company without an economic moat is like a movie without an engaging hero, or storyline. In such a situation, there would be no way of creating a loyal consumer following, and subsequently no way of overcoming challenges that arise over time. On the other end of the spectrum, companies with competitive advantages can be threatened by competitors who replicate their methods. Establishing economic moats can therefore help companies protect long-term profits.

Thankfully for today’s business leaders, Buffet didn’t simply coin a theory-based term that required a bunch of scholarly analysis. The concept of building economic moats is a tangible one that can be leveraged through different business strategies. For instance, economic moats can be achieved in five ways: cost advantages, the network effect, high customer switching cost, efficient scale and intangible assets. The way you choose to build your economic moats all depends on the nature of your business. Think about what would be a good fit for the strategy you plan to execute. Buffet emphasizes the economic moat as an institution. It is not the mere elements that customers will like. Companies that build moats carve them around their businesses to keep competitors at bay. For instance, people loved Coca-Cola 50 years ago, and it’s fair to assume that they will 50 years from now. This is because Coca-Cola utilized the five sources of economic moats in order to create a loyal consumer base.

Let’s use the example of low-cost advantage. Suppose you have decided to make your fortune by running a lemonade stand. If you buy lemons in bulk once a week instead of every morning, you can reduce your expenses by 30%. This allows you to undercut prices of competing lemonade stands. While profits would increase, it wouldn’t take long for competitors to notice your method and replicate it. However, suppose you develop and patent a juicing technology. This technology would allow you to get 30% more juice out of the average lemon. This time, it would be a lot more difficult for the competition to duplicate. In this example, your economic moat is the patent that you hold on your proprietary technology.
The nature of capitalism is that others will want to come in and take what you have built. The goal for every business should be to build a durable fort around its castle.  The goal is to protect it from any attack that would come from the competition. Sometimes an economic moat is having more talent, other times it’s establishing legally protected patents. Just remember to remain patient. You should stay persistent because it may even take a few tries until you get your strategy right.