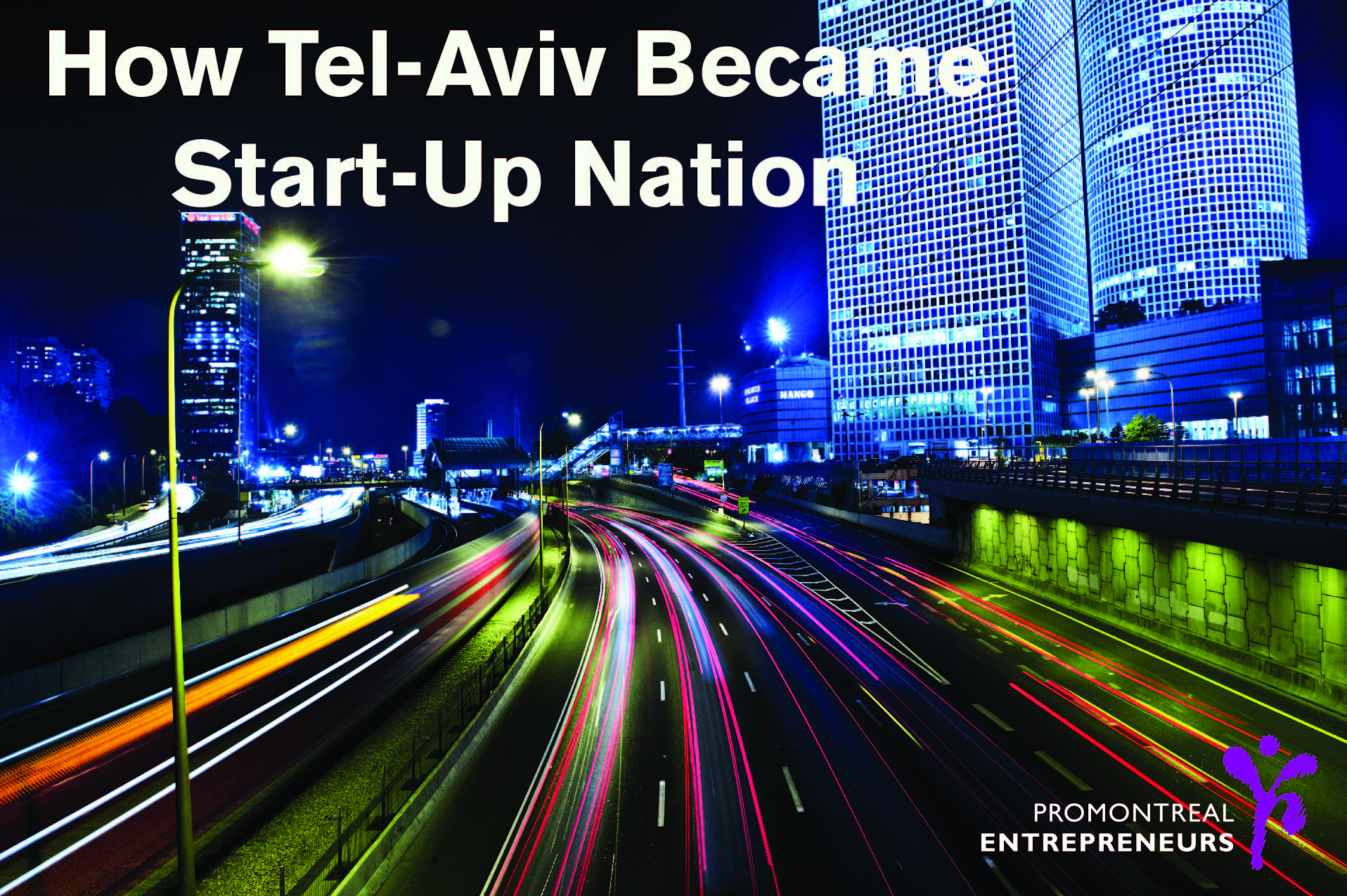 For a relatively young country, Israel has managed to build a start-up community that has surpassed all expectations and benchmarks. The golden question is one asked by Dan Senor and Saul Singer in their book Start-Up Nation: The Story of Israel’s Economic Miracle. How is it that Israel- a country of 8 million, only 69 years old, surrounded by enemies, in a constant state of war since its founding, with no natural resources- produces more start-up companies than large, peaceful nations, and more companies on NASDAQ than any country in the world?

What Israel has managed to do is create an ecosystem where innovation is rewarded and encourages a culture of entrepreneurial spirit. The truth of the matter is that the struggles that may have made it harder for Israel to become a start-up hub are the reasons behind its success.

Israel has one of the strongest and most intelligent militaries in the world. In the army, young soldiers develop valuable entrepreneurial values such as leadership, team work and sacrifice. Oded Hermoni, an Israeli entrepreneur based in Silicon Valley says that “in the US, you tend to salute the title and not the person. In Israel, it’s the opposite.” Israelis the army learn to test and experiment with innovations for years before enrolling into universities. Not only does this encourage “learning by doing,” Israelis enter university with a rich knowledge base. Furthermore, Israel has learned how to integrate experience on the battlefield into in the workforce. Whereas in the United States capable and young war veterans are struggling to find work, Israeli companies have learned to use army experiences to their advantage.

Israel invests more in R&D (relative to GDP) than any country in the world.  This is estimated to be 23.86 million euros, which is approximately 5% of GDP. The source of most of Israel’s R&D funding is from government and public organizations. The amount of funding that universities receive also contributes to R&D success. Such can be seen by the amount of patents issued by Israeli universities. According to the Industrial Technology Report, Israel’s extensive research on military defense plays a great role in the country’s industrial, science, and research community, as well as its workforce. Major tech companies have also invested in research centers in Israel. Such companies include Intel, Google, Apple, EMC, Xerox, etc.

Almost half of all Israelis are immigrants. Israel doesn’t look at immigration as a burden. To the contrary, it is encouraged. The country continuously finds innovative ways to attract new and talented immigrants. For instance in 2015 Israel announced a plan to issue “Innovation visas.” According to the ministry, entrepreneurs who decide to obtain this 2-year visa will be given resources to develop new tech enterprises. Their visas will also be extended if they decide to follow through with establishing their start-ups in Israel. The importance of attracting immigrants can be seen during election seasons when politicians heavily debate ways on how they plan to attract immigrants.

Crediting Jewish moms for entrepreneurial success in Israel might sound comical, but as they say: every joke has some truth in it. This is a notion that Yossi Vardi, the father of Israeli Entrepreneurship, strongly believes in. “Your Jewish mother will push you to succeed and push you to go all the time. My mother since [I was] six has been telling me, ‘All your cousins are smart’, and ‘How can you be an idiot? I’m the mother of idiot. How can this happen?’” he recounted during a panel discussion at SLUSH. According to Vardi, from birth Jewish mothers will tell you that you have to succeed and do your best. They are the secret.

Living in Israel comes with developing a different mentality than those that live in peaceful and stable countries. This “refuse to die” mentality implies a will to always progress no matter the circumstances. In their book, Senor and Singer recount a story that can speak to this. When Warren Buffet was contemplating whether or not to buy Israeli company, ISCAR Metalwork, in midst of a war, the CEO of Iscar called Buffet and said “For our customers there will be no war.” This was a promise to deliver quality to customers at all costs.

Many countries and cities wish they can replicate Israel’s start-up culture. Though we mostly see coverage of the country during a time of war, the success of Start-Up Nation has not gone unnoticed. Montreal’s very own Dennis Coderre has been very vocal in praising the country’s open market, entrepreneurial and technological culture. In November he led a delegation on an economic mission to Israel. With this we can only hope that one day Montreal succeeds in reaching the ranks of Tel Aviv.