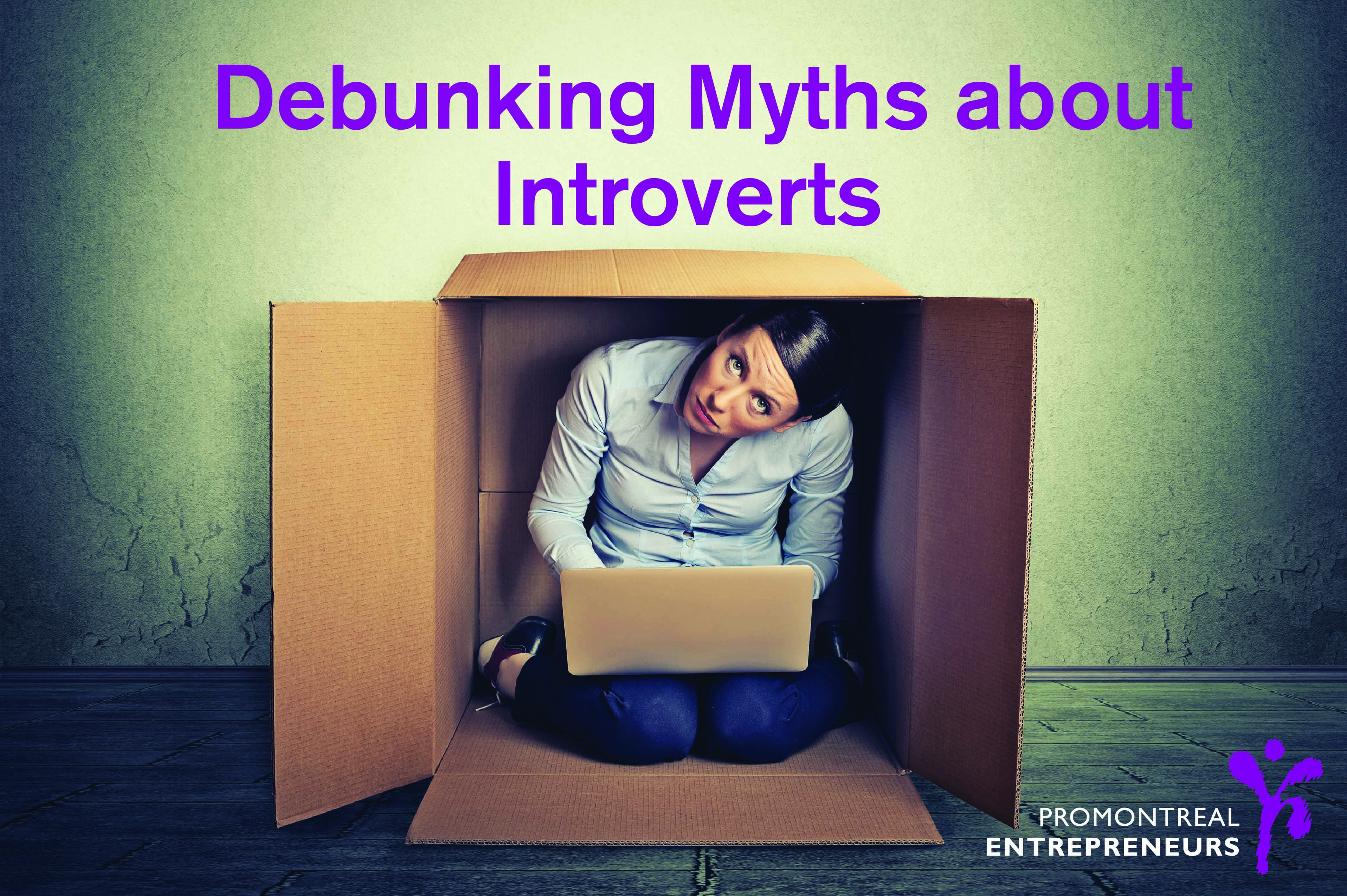 Hillary Clinton once said that she is neither an extrovert nor an introvert. In her words she is an “extro-introvert.” Whatever that may mean, one thing is for sure: It seems as though identifying as one or the other comes with the fear of being judged. If you embrace being an extrovert you may be perceived as loud and obnoxious. On the other hand, if you declare that you are an introvert it is likely that you will be judged as a person who is shy and would rather be left alone. Unfortunately, such misconceptions can also be found in the business world and, most times, introverts get the short end of the stick.

In a world where entrepreneurs are constantly networking, speaking in front of large crowds, and looking to grow their businesses, it can seem as though entrepreneurship is made for extroverted people. In a poll conducted by USA Today, results showed that 65% of executives believed that introversion was a barrier to leadership. However, on that same token, some of the world’s most successful entrepreneurs are self-proclaimed introverts. Bill Gates, Mark Zuckerberg, and Warren Buffet are just a few names that come to mind. Often times the reasons why people may dub introverts as less competent is exactly the reason for their success.

Myth #1: Extroverts are better at public speaking
Malcolm Gladwell has a talent for making people reflect on their actions. He too, can captivate thousands on stage while remaining completely calm and collected at the dinner table. To him public speaking, also pitching, is not an act of extroversion; it is a storytelling technique. Furthermore, some of the things that introverts fear about public speaking and pitching are the exact same things feared by extroverts. The hostility of the crowd, remembering lines and general anxiety levels can be found with all people.

Myth #2: Extroverts are better at networking
It is common knowledge that introverts enjoy reflecting on their thoughts internally. However, you don’t have to be as outgoing and vocal as an extrovert in order to network successfully. This myth also assumes that all people present at networking events are extroverted, which is likely not the case. Adapting to different behaviours, and building relationships is what networking is all about. Introverts tend to dislike small talk and enjoy deeper one-on-one conversations. This can be a definite plus when present in a room full of people who are passionate about their start-ups and projects.

Myth #3: Extroverts are better business leaders
It’s not that extroverts are better business leaders, it’s that extroverts and introverts have different ways of running businesses. There is not one right or wrong way. Being analytical, and allowing others to do some of the talking while you listen, can allow for richer strategies to be put in place. Having great listening skills, empathy, and alone time, are characteristics that can positively contribute to leadership.

Whether you identify as an introvert, extrovert or “extro-introvert” your success as an entrepreneur is not dependent on this. Let us also not forget that great entrepreneurs remain true to themselves. They do not try to be someone they are not. More importantly, good entrepreneurs know their strengths in addition to their weaknesses. If you are smart enough as an entrepreneur, you can partner with someone who compliments the traits you lack. Unfortunately, there are many myths floating around making introverts feel like they must compete with extroverts when what matters most is adapting to different settings. Fortunately for us introverts, these myths are mistaken.